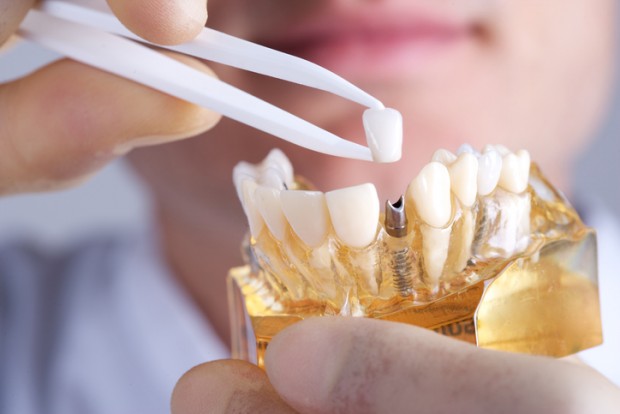 Can Implants Fail? Yes, But Not Often

A dental implant is a great treatment option for many people, who would otherwise need a denture or a bridge to replace lost teeth. While success rates for dental implants are reported to be around 90 percent, that means that sometimes dental implants fail. The question is why? The truth is that implant failure can occur within weeks, or later, within months to years.

Early failure can be due to operator error. Poor surgical technique due to lack of experience or a lack of adherence to proper infection control methods may be the cause. All dentists are required to adhere to proper infection control procedures. However, the oral cavity is not a sterile place. Actually, it is the dirtiest place in our body. This makes the surgical process crucial. If the implant or the bone becomes contaminated with saliva or plaque from the teeth, it is possible to have an early failure.

Another reason that implants fail early can be due to excessive force on the dental implant. Implants, once placed in the bone, rely on something called “primary stability.” This type of stability is mostly mechanical. The screw threads of the implant form a friction fit with the bone. Over the first two to four weeks, this friction fit is gradually taken over by a new form of stability, made possible by the phenomena of osseointegration.

Osseointegration is the process by which our bone cells gradually grow onto the titanium implant surface. During this process, the stability of the implant increases and is no longer dependent on primary stability. However, if during these first few weeks, excessive force, for example by chewing or biting on something hard, then the implant may become loosened. Once an implant becomes loose, it is unlikely to recover stability and fails. These types of mechanical failures usually present as looseness of the implant or pus around the implant after a few weeks.

Surprisingly, early failures are usually not painful to the patient, and the implant is simply pulled out without anesthetic. The choice is then made to either repeat the procedure or to choose an alternative treatment approach. A second attempt at placing the implant has a high probability of success. Both types of early failure can be avoided by taking proper precautions.